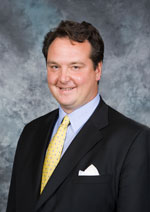 The Brain Aneurysm Foundation is pleased to announce The Christopher C. Getch, MD Chair of Research, established to recognize the contributions Dr. Getch made to the study of neurosurgery.Dr. Getch passed away on January 9, 2012. A Professor of Neurosurgery at Northwestern University in Chicago, Dr. Getch was one of the nation’s top neurosurgeons, serving as President of the Congress of Neurological Surgeons from 2010 to 2011 and serving as the Immediate Past President. He also served as President of the Illinois State Neurosurgical Society and had been an active member in the Medical Faculty Senate Council for Northwestern University.

“Like so many others, we were devastated to hear of the passing of Chris Getch,” said Christine Buckley, executive director of the Brain Aneurysm Foundation. “Dr. Getch was a talented surgeon and inspiring leader, who dedicated his career to the care and treatment of those patients with cerebrovascular disease, including many with brain aneurysm. He will truly be missed.”

To honor his memory, The Brain Aneurysm Foundation Medical Advisory Board and Board of Directors have established The Christopher C. Getch, MD Chair of Research. This Chair will benefit research being done for the early detection, improved treatment modalities and technological advances that will ultimately improve outcomes for patients with brain aneurysms.

Dr. Getch earned his medical degree at Tufts University School of Medicine. His residencies in neurological surgery were at Temple University Hospital and Thomas Jefferson University Hospital, both in Philadelphia. He also was a clinical fellow of neurological surgery at the University of Pittsburgh, where he completed fellowships in microsurgery and stereotactic radiosurgery. His clinical research interests included the surgical and stereotactic radiosurgical treatment of cerebrovascular disease and his academic work generated 75 publications and 30 published abstracts.