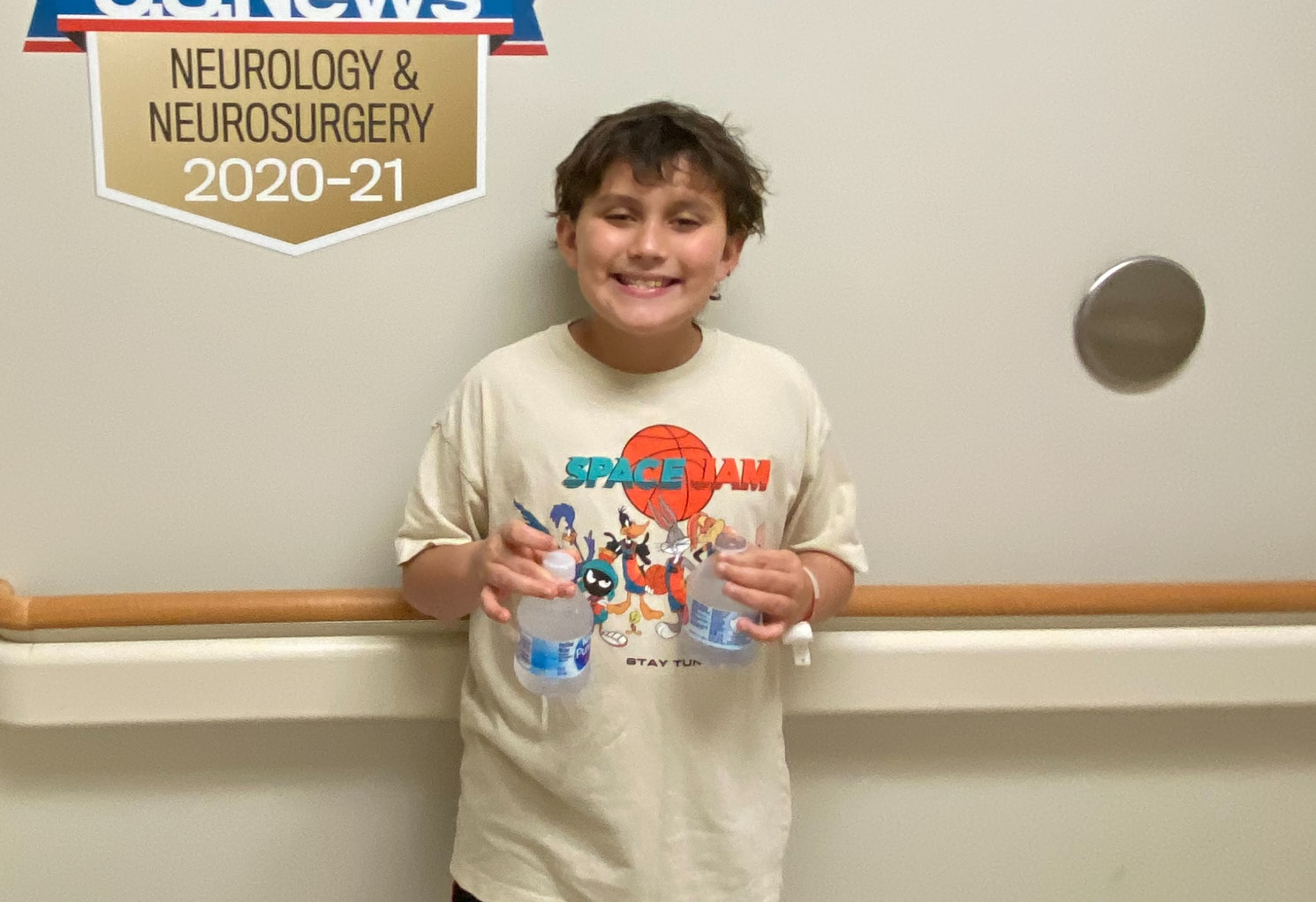 September 24, 2021, started like any normal school night for my 10-year-old son, Maxx. We put Maxx to bed around 9:00 pm not knowing that by 9:30 pm our lives were about to change. We heard Maxx screaming, saying he couldn’t move his legs and arms; he couldn’t walk. My husband picked him up to put him into bed, then he started vomiting uncontrollably.

We live in a small town of Jonesboro, Arkansas and by the time we got him to NEA Baptist Memorial Hospital, a CT scan showed that Maxx had suffered a massive brain bleed. He didn’t play sports or have any type of head injury. Maxx was unresponsive, especially to pain. NEA Baptist was not equipped to treat Maxx, so he was flown to Le Bonheur Children’s Hospital in Memphis, Tennessee arriving at 1:00 am. As his mother and a respiratory therapist, watching the Le Bonheur flight team having to rub his sternum to even get a moan or grunt from Maxx made me feel helpless.

After Maxx received an MRI scan, they still could not tell how to fix the bleed. Lots of medicines, the pain in his voice, bells alarming. I felt like I was in a fog.

By 2:30 pm, the IR Cath Team got Maxx from PICU to take him for imaging. It took around four hours to take pictures of each vessel in his brain. Around 6:00 pm, the doctor came in and said Maxx had suffered a massive brain aneurysm rupture. From the scans, the doctor explained that Maxx was already experiencing swelling due to the aneurysm slowly leaking with no timeline to when it ruptured.  The aneurysm was inside one of the vessels, with no option to clip it. The doctors determined that the best treatment was to completely occlude the vessel with coils.

We prayed for Maxx’s recovery and hoped he would have blood flow around that coiled vessel. With the first 72 hours being the most critical, luckily, Maxx had no other medical issues. Maxx just had his check-up MRI and angiogram; his brain is healthy, and the aneurysm is gone! 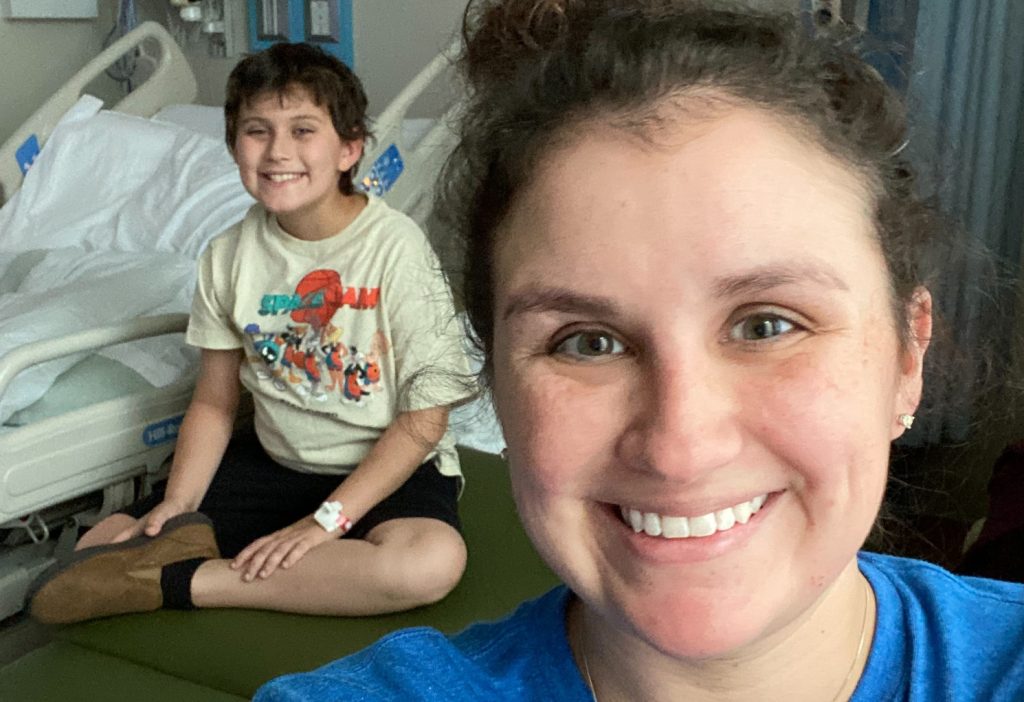