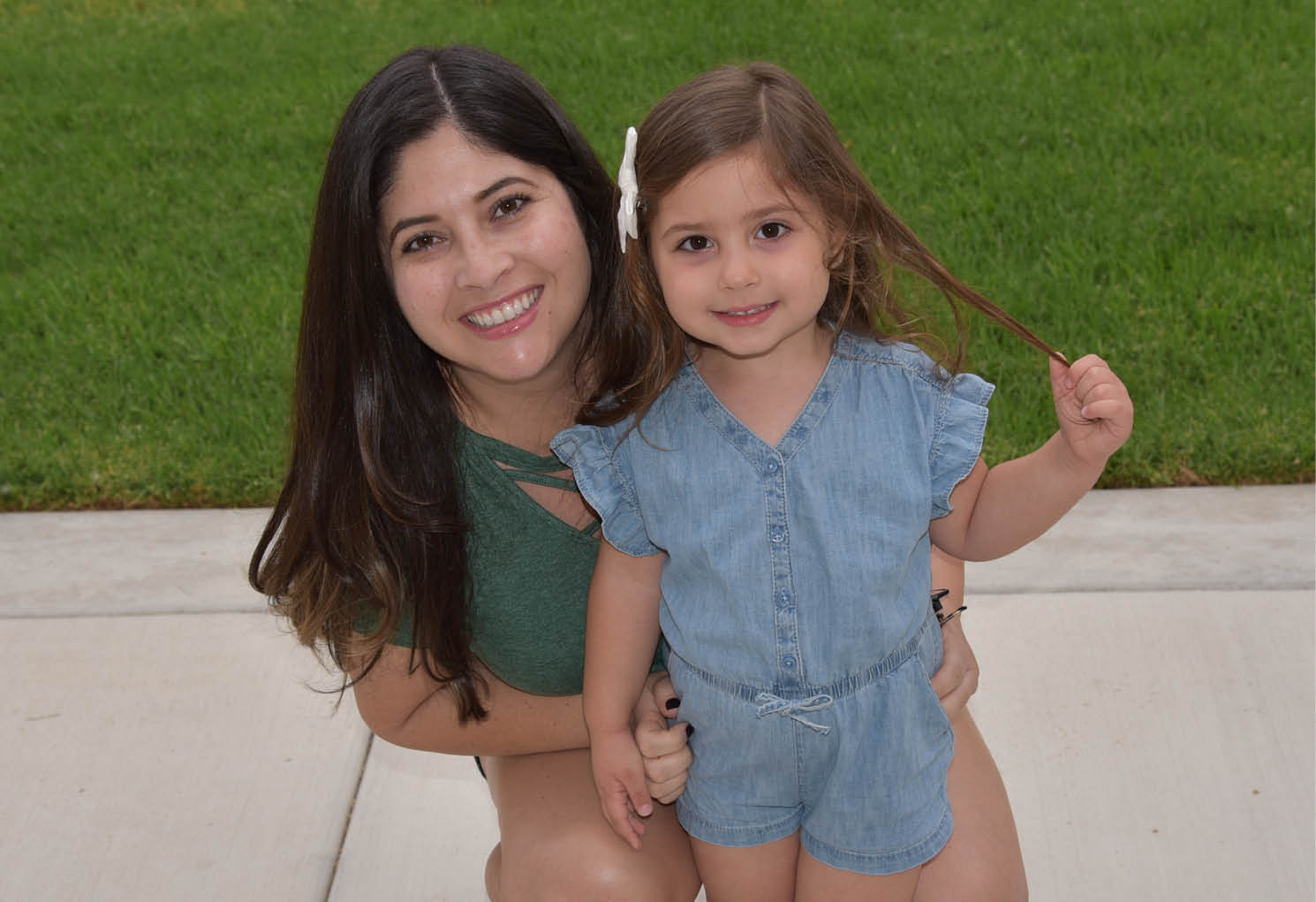 Five months ago, 4 days after my 39th birthday, my life was turned upside down. I went from chasing after my daughter to being rushed in for emergency brain surgery due to a ruptured aneurysm (subarachnoid hemorrhage).

This was something I never thought would happen to me and I actually had no idea what to watch out for. The onset was an instant headache like nothing I have ever felt before. It almost felt like someone hit me on the top of my head with a hammer. I was instantly dizzy, sensitive to light and nauseous. My husband took me to the ER but I was sent home with a migraine diagnosis. Throughout the next week my headache got progressively worse and my head started to feel almost too heavy to lift. One night in I woke up in the worst pain I have ever felt. I thought I was dying and had just enough strength to wake up my husband who immediately called 911. I was rushed into the ER but was again ignored and not seen for several hours. When I finally saw a nurse, she immediately went back to the migraine diagnosis. I was lucky for the fact that my husband had experience in his family with someone having an aneurysm previously and he would not take no for an answer and demanded that a doctor evaluate me further. Once the doctor came over, my husband gave him breakdown of everything that had been going on. A CT scan was ordered which found a 7mm aneurysm which was then coiled.

By the grace of God, and my amazing neurosurgeon along with his team I am here today! I spent almost two weeks in the ICU and when I was released from the hospital I couldn’t walk, couldn’t write, and my memory was a blur. I lost strength and I lost skill, but I didn’t lose determination. I fought every day to recover fast so I could continue to be normal, and to get back to being a mommy and wife. Today, I am still recovering. I am battling a constant headache and neuro-fatigue, but I am walking, writing, taking care of my daughter and thriving. Rebuilding myself has been the biggest challenge I’ve ever had to face and although some days are better than others, I am incredibly thankful for each and every day! I am extremely blessed to have the best husband who has not left my side since day one. In fact, he is one of the main reasons I am still here. His quick thinking to get me to the hospital and to make sure that I received the right care, is another reason that I survived. I will never be 100% normal after brain surgery but I am the best version of me I can possibly be. I have a new perspective on life, and now realize there’s no time for any nonsense. Life is way too short and it can change in an instant.