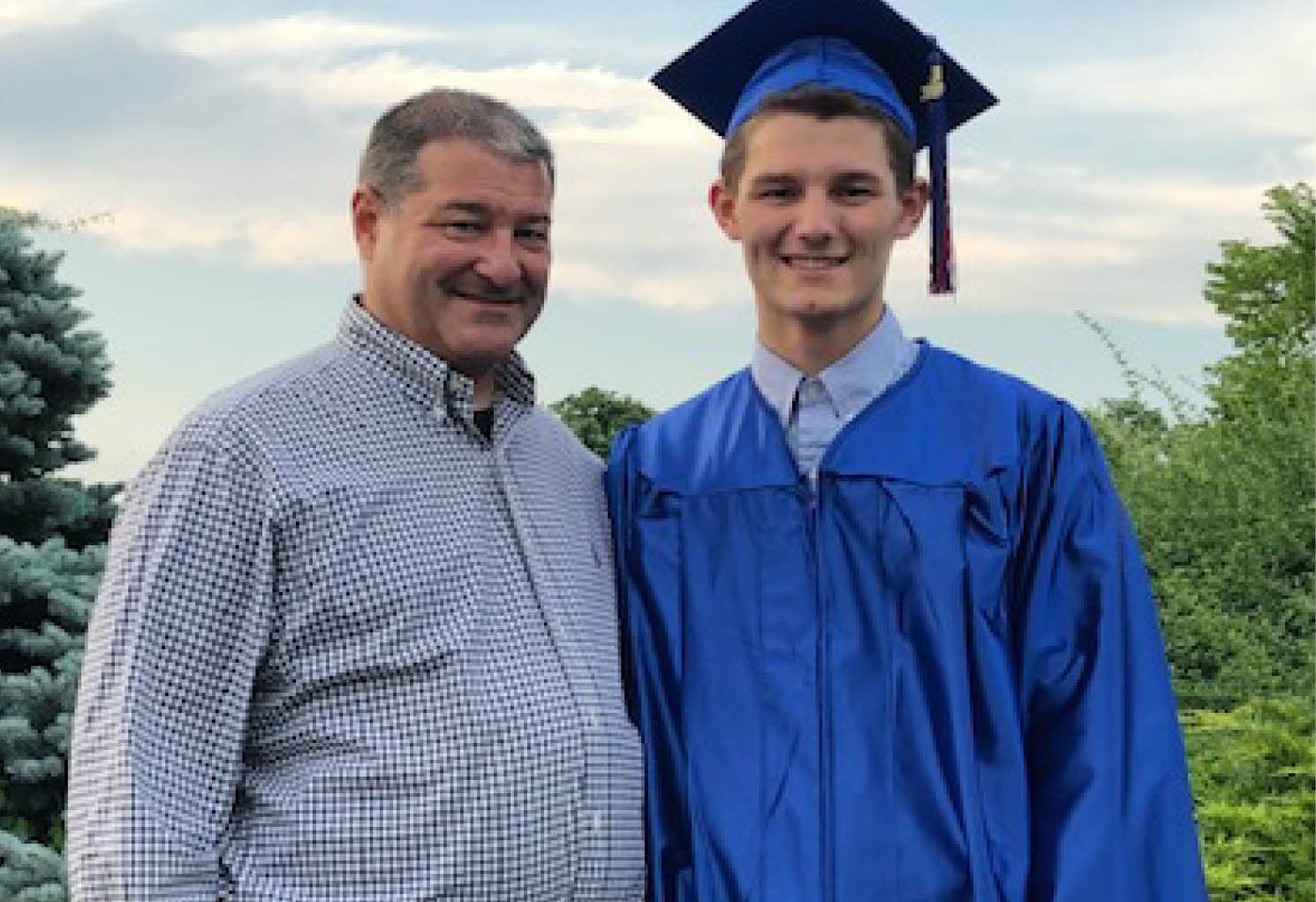 On December 9th, 2016 Anthony was driving a truck for The NY Times which he does every night as his job. His route was to go from Queens to Poughkeepsie that day, on the way to Poughkeepsie he got into an accident and then suffered a Grade 5 Brain Aneurysm. Somehow, someone saw him go off the road and into a ditch. This person, who is still unknown to my family, pulled over their car at 3 o’clock in the morning and gave him CPR until the ambulance came. This saint saved his life for the time being.

Anthony was in the ICU, on life support and did not have any sign of movement in over 24 hours, until his son, Tyler, came into the ICU to speak with him. Tyler and Anthony share an amazing bond of baseball, during this time Tyler brought a baseball from their house and was begging his father to grab it out of his hand. Somehow, he heard and slightly lifted his right hand onto the baseball, machines started beeping and he was there. Anthony spent over a month in a coma but during that time he had numerous surgeries including: coiling the aneurysm with 5 coils, putting in a trach, a feeding tube, drip from his brain, and numerous angiograms. He also contracted pneumonia twice and suffered a horrible infection in his brain. Even though he had a 1% chance of survival, Anthony woke up about a month after the rupture. He left the Hospital to go onto Acute and Sub Acute Rehabs. He came home after 6 months, in a wheelchair. Now, he is now walking with just a cane.

Anthony Costaro was 51 years old at the time with his wife, Jennifer, and two kids Tyler, age 15, and Justin, age 9 living in Rockville Centre, New York. Today, Anthony spends his time with his kids, trying to do daily housework such as mow the grass, laundry and make dinner. Every morning Anthony wakes up at 5:30 to ride his stationary bike and rides over 20 miles. He does eye therapy, OT and has a lot of support from his kids and wife. Even though Anthony is still recovering, he strives to be the person he once was.