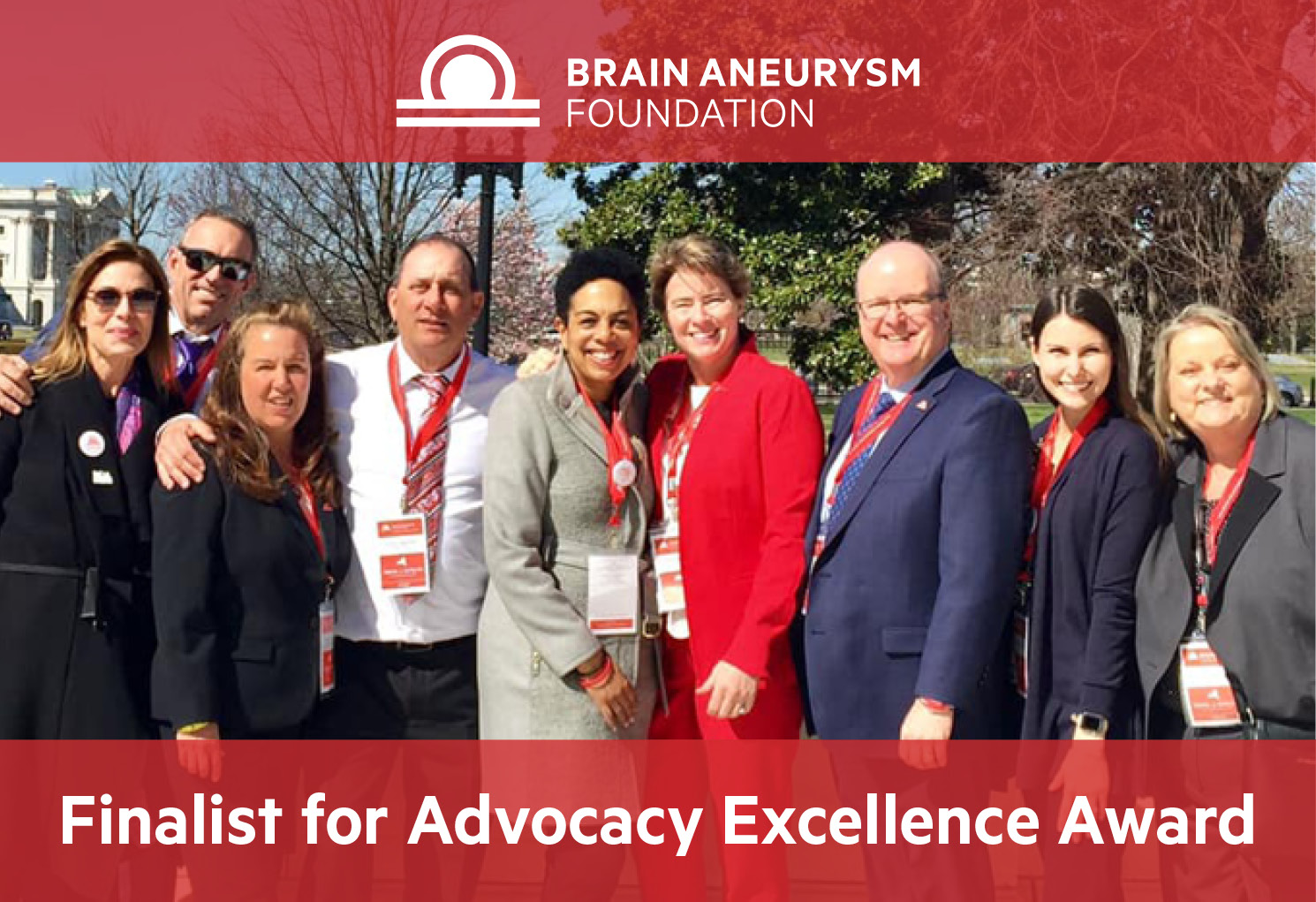 BOSTON, MA (May 28, 2020) The Massachusetts Nonprofit Network (MNN) announced that the Hanover-based nonprofit Brain Aneurysm Foundation has been selected as a finalist for the 2020 Nonprofit Excellence Award in the Advocacy category.

“We are thrilled to recognize the Brain Aneurysm Foundation for their invaluable contributions to the Commonwealth,” said Jim Klocke, CEO of MNN. “We look forward to recognizing them and the other award finalists on Nonprofit Awareness Day on June 24.”

“Being a finalist for the Nonprofit Excellence Award in the Advocacy category is a great honor,” said Christine J. Buckley, Executive Director of the Brain Aneurysm Foundation. “Not only is it a compliment to have the Brain Aneurysm Foundation’s advocacy initiatives recognized, but also it is amazing to be selected when there are so many nonprofits doing incredible work in this space.”

The Nonprofit Excellence Award in the Advocacy category recognizes a nonprofit organization whose work has recently affected a significant public policy change through the education and mobilization of constituents, the general public, or public policy decision-makers.

In addition to the Brain Aneurysm Foundation, Generation Citizen Massachusetts, the Greater Boston Food Bank, and the Massachusetts Business Alliance for Education were also announced as finalists for the Excellence Award in the Advocacy category.

During the virtual Nonprofit Awareness Day on June 24, Nonprofit Excellence Awards will be presented to one finalist in each of the following six categories: Advocacy, Collaboration, Innovation, Leadership, Small Nonprofit, and Young Professional.

This year, an independent panel of judges reviewed over 130 nominations for the Nonprofit Excellence Awards. The 27 finalists range from large education providers to small arts organizations, and represent different regions of Massachusetts.

In the weeks leading up to Nonprofit Awareness Day, nonprofits across the state are engaging in a social media campaign with the hashtag #MAkingadifference to raise public awareness of nonprofits’ important contributions to Massachusetts.