Stents
Devices called stents are sometimes used in coiling. A stenttubular device made of wire mesh that is used in the endovascular treatment of aneurysms. Also called an intracranial stent is a small wire mesh tube that is placed inside the parent arteryThe artery in the brain on which the aneurysm has formed. at the site of the aneurysm to cover the neck of the aneurysm, which helps keep the coil(s) inside the aneurysm sac. These devices can be particularly helpful for aneurysms with wide necks, or for large aneurysms that in the past were difficult to treat with an endovascular approach. 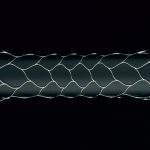 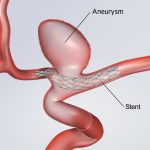 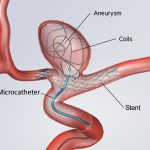 The stents are usually made of nitinol, a high-grade metal alloy of nickel and titanium. The stent is placed in the same manner as the coils (via a catheterA flexible tube for insertion into a vessel, body cavity, or duct; used for an angiogram of the brain arteries and in the endovascular treatment of brain aneurysms to provide access to the aneurysm site. in an arteryA thick-walled blood vessel carrying blood flow from the heart to any organ of the body, including the brain. in the groin) at the time of the coiling procedure or sometimes as a separate treatment.

If you have a stent placed, you will need to be on one or more antiplatelet (mild blood thinner) medicines such as aspirin, clopidogrel, or others for several weeks. Your doctor will review this with you.

In some cases, a balloon is temporarily inserted to keep coils inside the aneurysm. 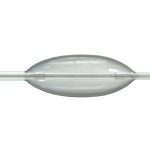 Flow Diversion Device
In 2011, the Food and Drug Administration (FDA) approved a new endovascular device called the Pipeline™ EmbolizationA technique performed by a neuroradiologist or a neurosurgeon in the treatment of brain aneurysms or brain AVMs. As an extension of an angiogram, a catheter is passed up into the arteries inside the brain into the arteries supplying blood flow to the AVM or inside an aneurysm. The blood vessel or aneurysm is then blocked off from the inside with either glue, metal coils or other substances. This is often performed as a prelude to surgery in brain AVMs, but occasionally may be curative without additional therapy. Device (PED). 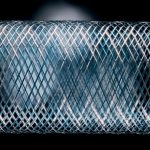 The PED is a flexible mesh tube made of platinum and nickel-cobalt alloy. Using an endovascular approach like that used in coiling (via a catheter in an artery in the groin), the doctor places the device in the artery from which the aneurysm protrudes (the parent artery), covering the neck of the aneurysm. The device directs blood flow past the aneurysm, which causes clotting and prevents it from expanding or rupturing. This may also cause the aneurysm to shrink over time.

The PED can be useful for the treatment of very large or wide-necked aneurysms, which often cannot be effectively treated with coiling. Investigations are currently under way at many medical centers to determine whether the PED may also be safe and effective to use in other types of aneurysms.